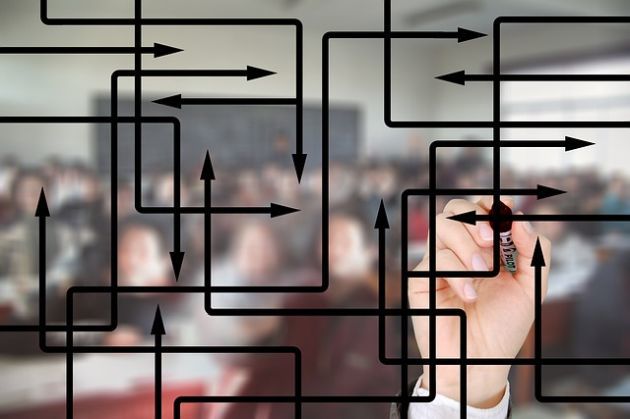 "U-WORK" Foundation for Polish-Ukrainian Cooperation implemented the Polish-Ukrainian Culinary-Educational Workshop project in 2018. Ten culinary and educational workshops were held. During the "Through the stomach to the heart" workshops, participants under the supervision of a cook prepared Polish, Ukrainian and Belarusian regional dishes. In December, 6 editions of the "Baking crisp cookies with caroling" workshops were held. The same scenario was prepared for all six meetings, taking into account the specificity of working with children. During the workshops, the participants took turns baking cookies. Each person received all of the necessary baking products. With the help of animators, the participants of the meetings learned how to properly bake cookies and talked about the Christmas traditions in the regions they come from. During the preparation of dough, the participants of the meetings sang carols accompanied by a bandura (a Ukrainian traditional instrument). Each of the participants got a Polish-Ukrainian carol book, everything there was prepared in two languages. The carol book includes: carols with notes and carol texts in Polish and Ukrainian, a brief history, the history of holidays in Poland and Ukraine along with the most important traditions and a recipe for shortbread cookies. At the end of the meetings, each participant could take the baked cookies with them, packed in decorative boxes, those that did not fit in their boxes were often left in the Foundation. The project was co-financed by the Municipality of Krakow.

In November and December 2018, thanks to the Villa Decius Association, the Krakow Residents had a unique opportunity to meet the culture of those countries and nations of the Middle East who have their representatives among the multicultural community of Krakow. All that thanks to the Villa Decius Association realizing the "Middle East Speaks" project with the help of the Open Krakow program. The project included a series of three workshops allowing participants to become acquainted with the specificity of Middle Eastern cultures, to understand their diversity and appreciate the values they bring.

On November 10, the series was opened with workshops devoted to Arabic literature. Professor Marek Dziekan, one of the most recognized Polish Arabians, introduced participants to the Arab literary tradition, dating back to pre-Muslim times, and ending with the present day which reinterprets the traditional patterns in its own way. A Syrian poet, Kholoud Charaf, currently staying in Krakow thanks to the ICORN International Refuge Networks Program was a guest during the workshops. Not only did the poet recite Arabic poetry, but also read several of her poems.

On November 17, workshops devoted to the Middle Eastern musical tradition were held, hosted by a Syrian composer living in Krakow, Wassim Ibrahim. He presented the participants with the singing technique characteristic of the Middle Eastern cultures, and then invited to sing traditional Arabic songs together with the accompaniment of Oud - a traditional instrument.

On December 1, the U Ziyada restaurant in the Palace in Przegorzały hosted a Kurdish Culture Evening, during which the participants could learn about the history, culture and the political situation of Kurdistan. The evening was complemented by a tasting of traditional Kurdish dishes, during which the head of the restaurant talked about the native culinary art.

The project was summarized by a discussion with the participation of the already mentioned Wassim Ibrahim and Havind Ibrahim, a Kurd who lives and studies in Krakow, devoted to the experiences of people from the Middle East who decided to live in the capital of the Malopolska Region.

In the period from 01/10/2018 to 31/12/2018, the Zustricz Foundation implemented the "Open Education - the Zustricz Foundation combines" project co-financed by the Krakow City Office as part of the "Open Krakow" program. The aim of the project was for parents, educators and teachers to deepen the knowledge about the challenges, difficulties and adaptation problems faced by the children and youth of foreigners in the education process. The integration activities of migrants, both within the environment they represent as well as with other residents of Krakow were also assumed. The project included all participants of the education process: children and youth, parents and teachers. Each of the groups has a stake in the adaptation process and faces specific challenges, sometimes difficulties which are to be solved. Scheduled substantive meetings, workshops and individual consultations were conducted by trainers of various specialties, psychologists, teachers, pedagogues, as well as people being in permanent contact with the Ukrainian migrant community. This enabled a multilateral approach to the issues raised, and also prevented language misunderstandings or barriers. What is more, tools supporting the collection of information and diagnosing problems have been developed. The problem material collected in this way allowed for the preparation of "Recommendations for supporting the adaptation of migrants in Krakow schools and boarding houses", handed over to the Education Department of the City of Krakow.