The INTERKULTURALIA 2018 Festival. In the neighborhood, it was organized by the INTERKULTURALNI PL Association. Thanks to the organization of cultural events, an opportunity has been created to integrate the local environment around the idea of cultural diversity, good neighborliness, the community of regional and European heritage and respect for religion. The event was attended by many foreigners, that is why some events were organized in the space in which they meet and organize on a daily basis.

The INTERKULTURALNI PL association organized five editions of INTERKULTURALIA which, without being directly devoted to any particular culture of national and ethnic minorities and the migrant community, created a unique opportunity to exchange cultural experiences and present the wealth flowing from multiculturalism. In 2018, due to the significant increase in population from neighboring countries, the Association decided for the second time to introduce the leitmotif of events, such as the culture of Poland's neighbors and national and ethnic minorities who settle in the region. Despite the narrowing of the theme of the festival, its idea of ​​openness and diversity has been maintained by showing how diverse and colorful the culture created in the countries of our region of Europe is. The festival has also shown that regional cultures also receive influences from distant cultures. Such motifs were shown at the inaugural concert, during culinary workshops, as well as during walks and workshops. The educational aspect of the festival was particularly important, allowing people who have not been in contact with such events to overcome their stereotypes and prejudices and fears about demographic transformations in urban space. The objective was achieved thanks to the presentation of other cultures in a positive and attractive way, while taking into account the scientific and research context. The participation of foreigners in events meant that the indigenous inhabitants of Krakow could meet and participate in social interactions with migrant residents, establishing good neighborly relations with them. This was particularly evident in the involvement of the students of the Pedagogical University, they prepared a poster exhibition for the socially engaged. The festival also ensured in a good way the visibility of national and ethnic minorities.

Debates and lectures during the festival created a space for translating and understanding the contexts in which difficult and tragic historical events occurred, as well as to build positive connotations with the neighboring cultures. 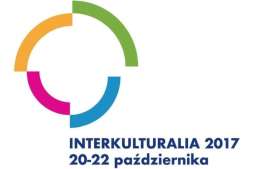 On October 20-22, the 4th edition of the INTERKULTURALIA Multicultural Festival was held as part of the urban social "Open Krakow" Program. The project was co-financed from the municipal budget and had both an integrative and educational character. The organizers, i.e. the Interkulturalni PL Association, drew the attention of Krakow residents to the issues of cultural diversity and the need for combating racist and xenophobic attitudes.

The idea behind the festival was to promote multiculturalism and increased acceptance of diversity in the local environment - this is the key to fight racism and xenophobia.

Due to the socio-political situation, it was decided to provide the festival, for the first time, with a thematic character and focus on Muslim cultures and their contribution to building cultural diversity in Europe and in the world.

In the integration part, events, ideas, tasks and projects were presented that are implemented in Krakow for multiculturalism by social organizations, informal groups or institutions.

Residents had the opportunity to taste the diversity and to celebrate it together - there were workshops (e.g. concerning Syrian-Lebanese and Uzbek cuisine, Turkish and Indian dances), meetings and lectures (with the participation of famous authors and representatives of the Muslim community), film screenings, official and semi-official events, all ending with a multicultural picnic and the final concert of Mamadou Diouf's band playing hot Polish-Senegalese rhythms. The project was co-financed by the Municipality of Krakow.