One of the priority tasks of the Open Krakow Program is: "implementing mechanisms for responding to incidents of a discriminatory nature as part of inclusive policy and building the intercultural awareness of residents" through "organizing an event referring to the idea of ​​multiculturalism, e.g. in the form of vernissages, conferences or cyclical festivals". In implementing this provision of the resolution, among others he Social Policy and Health Department organizes and co-organizes conferences on the subject of multiculturalism. 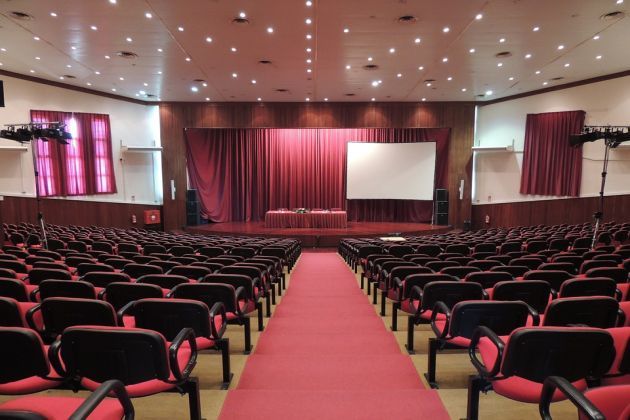 In 2018, conferences were organized, among others:

The conference was held in the Council of the City Council of Krakow. During the conference, among others, the consulates of Hungary, Ukraine, Luxembourg, Slovakia and the USA discussed the educational needs of children with migration experience in the field of language skills and knowledge about the country of origin and country of stay. Actions for dialogue and multicultural education in Krakow schools and educational institutions were presented by the directors of four Krakow schools and the director of a psychological and pedagogical counseling center. The panels were attended by representatives of migrant and national minority communities who attempted to answer the question of how to deepen the knowledge of language and culture in multicultural environments and how to build a society open to dialogue and cooperation.

The conference was organized by the Krakow Library and the City of Krakow Office. The aim of the conference was to illustrate the contribution of the Armenian community to the Polish cultural heritage, popularize knowledge about the Armenian minority, as well as to indicate the exceptional attitude of Armenians towards Poland.

The conference on diversity management in business took place at the International Cultural Center in Krakow. The event was addressed to the representatives of business, universities and non-governmental organizations involved in creating equal opportunities in the workplace. During the conference panel discussions, workshops, seminars and presentations of good practices were held. Diversity & Inclusion Changemakers 2018 was the largest conference in the field of diversity management in business. Its participants took a look at the issue of leadership and gender balance aspects among managers. The main organizer of the conference was the Diversity Hub Foundation. The partners of this edition were the Consulate General of the United States in Krakow and the City of Krakow and the companies actively supporting diversity: Aon and HSBC (Gold Partners), Aptiv, BBH, Luxoft, Philip Morris (Silver Partners), ABB, AMS, GE, Motorola, Sodexo (Bronze Partners).

The conference was held at the Krakow City Office, Rynek Podgórski 1. During the first part of the conference its participants discussed, among others, the difference between the concepts of Polish as a foreign, inherited and second language and the integration and inclusion approach in teaching Polish as a second language. The participants of the conference also had the opportunity to listen to a lecture on intercultural education, during the lecture scenarios were also presented and one could become familiar with the results of research on teacher attitudes towards cultural diversity. In the second part of the conference, after a break, such issues as supporting teachers and schools as a task of the Psychological and Pedagogical Centre for Children with Educational Failures, the role and tasks of a cultural assistant and the activity of the Information Point for Foreigners were discussed.

In 2017, as part of the implementation of the Open Krakow Program, the following conferences were organized:

The aim of the event was to promote activities for the development of interculturality and integration of foreigners living in Krakow. The event was supposed to show the potential resulting from the presence of foreigners in the city. The conference was organized by the City Council of Krakow in cooperation with the Interkulturalni.pl Association, the Mikołaj Rej Foundation for the Support of Polish Language and Culture and the Municipal Office for Supporting Social Initiatives. Almost the whole diplomatic corps of Krakow took part in it. Interest in the conference was very large, over 120 people participated. The conference was inaugurated by a series of events developing the subject of cultural diversity, urban policy of openness and integration.

The main organizers included: the Institute of European Studies of the Jagiellonian University, the Institute of Philosophy and Sociology of the Polish Academy of Sciences, the Committee on Civilization Hazards of the Polish Academy of Sciences, the Faculty of International and Political Studies of the Jagiellonian University, the Jagiellonian Center for Migration Studies and the City of Krakow. The scientific goal of the conference was an attempt to summarize the achievements of migration research on the migration issues of Poles, as well as the processes of migration to Poland in the context of political, economic and socio-cultural processes taking place in Europe and the world. The most important questions that the organizers wanted to answer during the conference concerned the theoretical and empirical issues of the variability of collective life and forms of socialization under the influence of migration processes, they also attempted to explain how the migration study theoretically and methodologically enriched social sciences.

The organizers of the Regional seminar on Coalition-building to Jointly Promote Tolerance and Non-Discrimination were the National Democratic Institute in cooperation with the Organization for Security and Co-operation in Europe (OSCE) and the Office for Democratic Institutions and Human Rights (ODIHR). The project was organized from October 2016 and finished with a conference combined with a seminar in Krakow. The main goal of the project was to form a coalition to combat anti-Semitism, and intolerance against Muslims, Christians and other religions and beliefs, as well as to combat racism and xenophobia. The project participants worked on building a coalition whose task was to jointly promote tolerance and fight against discrimination. The conference was attended by organizations working on human rights and civil society from Poland, the Czech Republic, Hungary and Slovakia. The Municipal Center for Supporting Social Initiatives supported the organizers throughout the duration of the project which began with a series of workshops in November 2016. The conference was a summary of nearly a year's work of a group of over twenty organizations dealing with multiculturalism and representing cultural and ethnic minorities as well as representatives of various religions. The project contributed to establishing cooperation between the Krakow City Office and several Krakow organizations, which later resulted in further joint initiatives. Among other things, the Krakow City Office took part in the preparation of the "Book of Good Practices / Actions for National and Ethnic Minorities and Foreigners".

The conference was organized by the following institutions: the Institute of Applied Linguistics at the University of Warsaw, Institute of Religious Studies of the Jagiellonian University, the Center for Research on Education and Migrants Integration, the Pedagogical University of Krakow, the Center for Comparative Studies of Civilizations of the Jagiellonian University, the International Center for Education at the Krakow University of Technology, the Eastern European Institute of Psychology in Kiev and Krakow City Office. The subject of the conference included the participants' reflections on the migration phenomena changing the character of the Polish school. During the conference, the problems of students of Polish schools with migration experience were raised, those who did not know or barely speak Polish. The issues of cultural competence and the fact that education towards diversity is still not an option of education implemented in everyday Polish school practice were also raised. According to the conference participants, there is a need for the Polish school system to develop a number of new didactic and methodological solutions. On the one hand, they will open Polish schools for ever-wider contact with cultural otherness, and on the other, in a quick manner, using inclusive tools, they will introduce new foreign students, as well as Polish children with migration experience, into efficient functioning and further development in Polish schools and in Poland. Currently, a post-conference publication is being prepared, that will be the material for the work of school directors and academic communities over the problems of Polish schools indicated during the conference.

Diversity & Inclusion Changemakers was the largest conference of D&I experts in Poland and a unique space created by business and for business. The issue of gender diversity was discussed. The organizers of the event were the Think Tank Diversity Hub, the American Consulate in Krakow and the City of Krakow. The honorary patrons of the event were: the Commissioner for Citizens' Rights - Adam Bodnar, the Marshal of the Malopolska Region - Jacek Krupa and the Mayor of the City of Krakow - Jacek Majchrowski. Expert discussions and panel sessions were conducted by representatives of leading companies: HSBC, Luxoft, IBM and ABB, Alexander Mann Solutions, Amer Sports, BPH, Deloitte, GE, Motorola, Volkswagen.